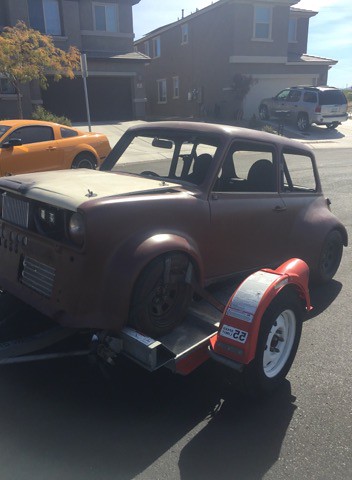 mini about to be towed to the body shop 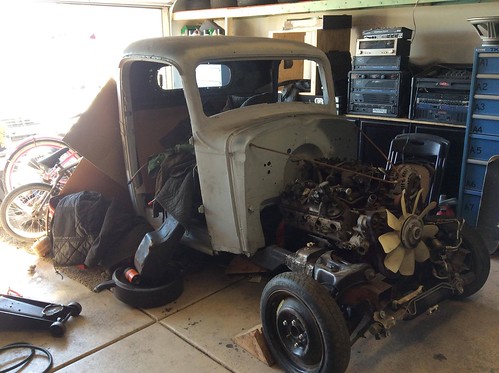 I sold off the 4l60e because I dont like that trans and I plan to put a cam in the 5.3 I would kill the 4l60e anyways, sold it off for like 2-300 bucks, not sure why I got it in the first place, I wanted to convert the trans to a manual, a t56 or a tko set up, but im not much for driving manual cars anymore since ive had my hips repaired a few yrs back, so I rock automatics now 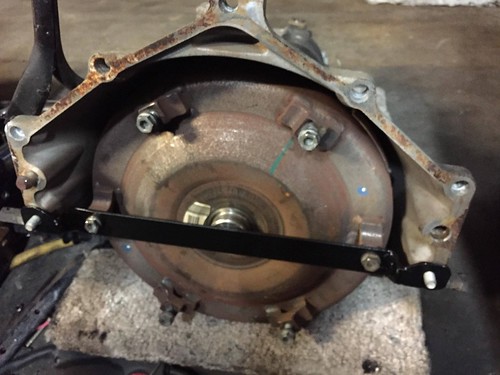 my tc plate I made at my parents house with a small hf welder, to hold the tc in place while I transported it in the back of my honda pilot back to tucson 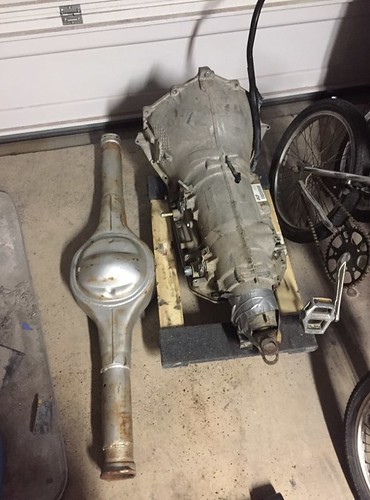 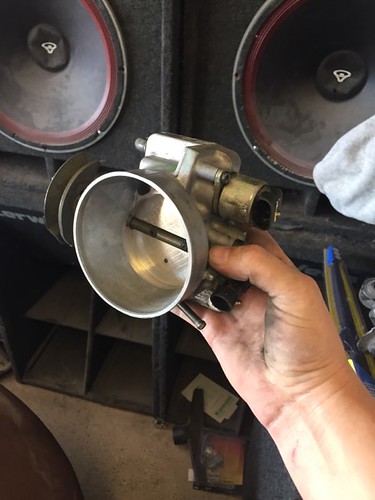 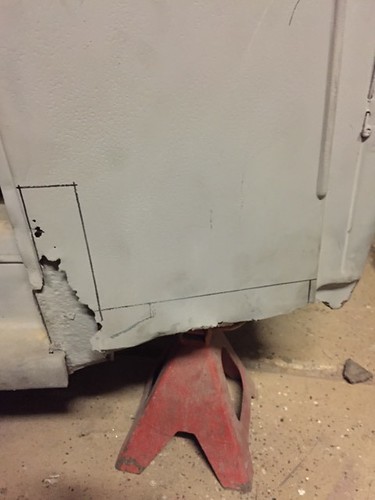 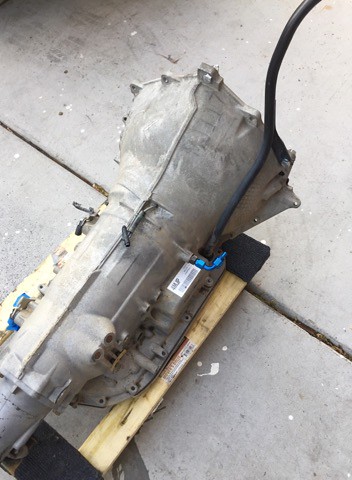 converting the trans cooler lines to -6an fittings, I plan to build some steel braided lines for the cooler 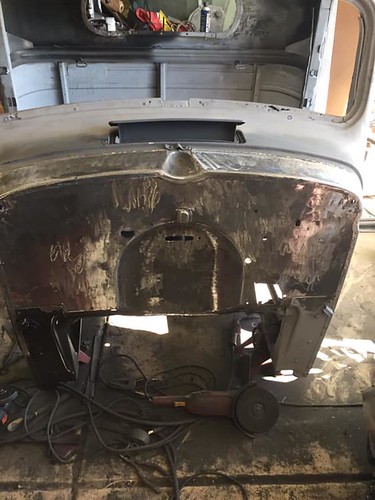 
efi kit will be in wednesday

flexplate with spacer will be tuesday

I found a guy selling a ls3 crate engine oil pan with tray and pick up tube for $100 up in phx, so that will be mailed monday


im going to try and make it over to the junkyard to get a new crank pulley,

I still need to order or find a late 80's suburban fuel sender, so I can put a fuel pump on it from a 99 up truck or whatever ls powered vehicle

I still need to order the fittings to convert that fuel sender to -6an
and the 5.3 fuel rail fittings to AN
and the fuel filter to AN fittings

I have to make a new rear trans crossmember, im going to bend up some 1.5 inch dom tube


I have new glass for the mini, so I have to get that put in as soon as I can, and then send the mini's seats to get redone and build the center console for the mini

my oldest son grads from 5th grade at the end of May, and family will be coming from out of state for that, so I want to have the mini done by then, and have this drivetrain running by then as well, so I can show off to my brothers and dad
► Show Full Signature
1984 rhd Classic Mini Cooper,
6point roll cage, fiberglass front clip, wide body kit, de-seamed, shaved roof rain gutter, stock 95 Honda del slow si drivetrain~D16z6 automatic, 130hp in 1500lb car


I started to work on the front side of the engine, I pulled the fan and water pump and started to pull the balancer pulley, but I dont have a 3 arm puller

and I started to work on the 4l80e front pump seal 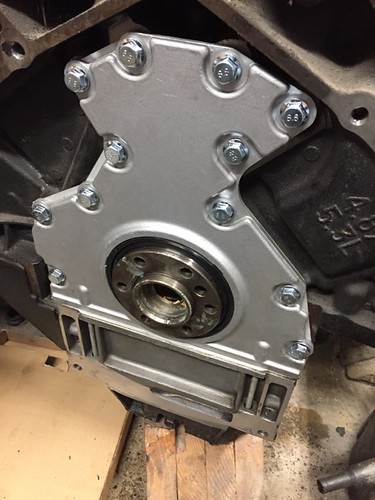 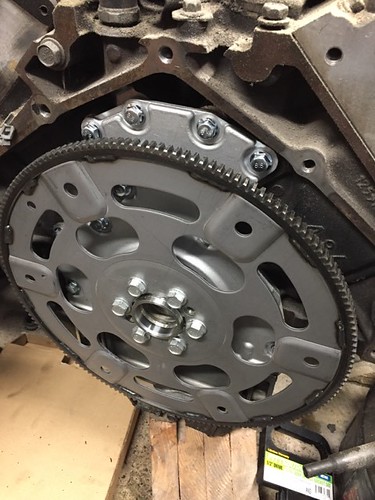 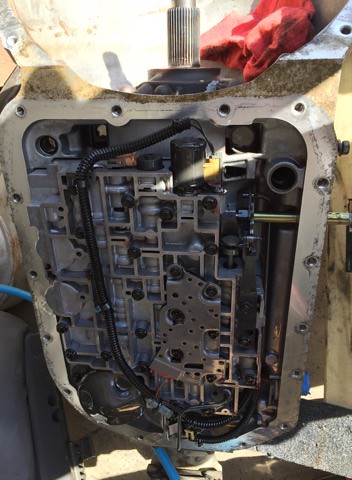 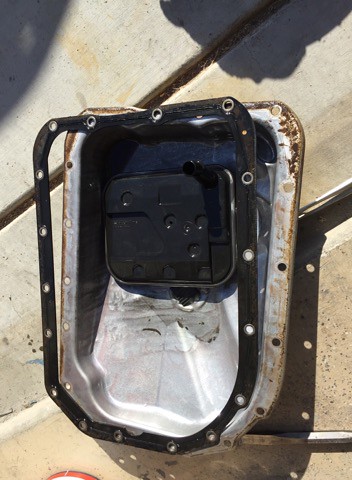 I put a hi volume oil pump on the engine

I got my efi kit last night

and cleaned up the top of the engine alittle bit 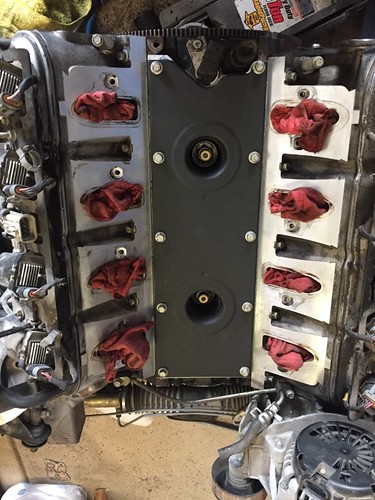 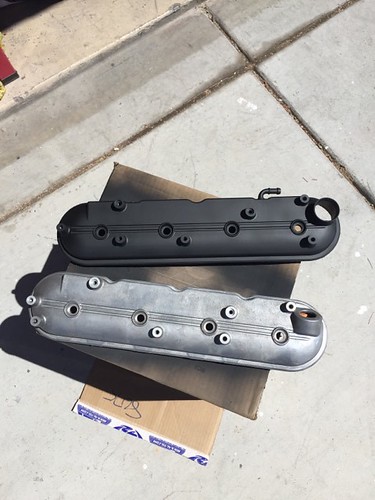 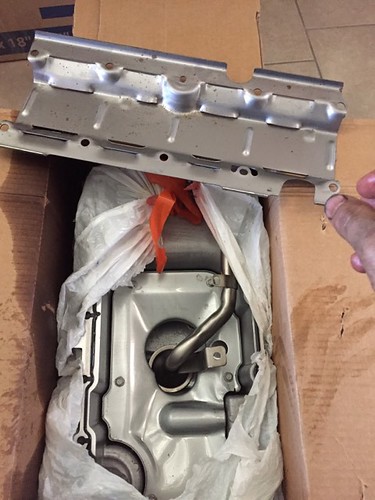 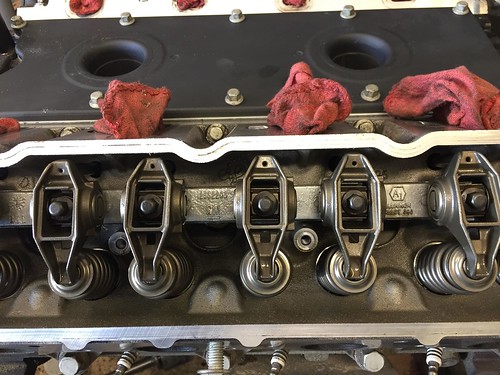 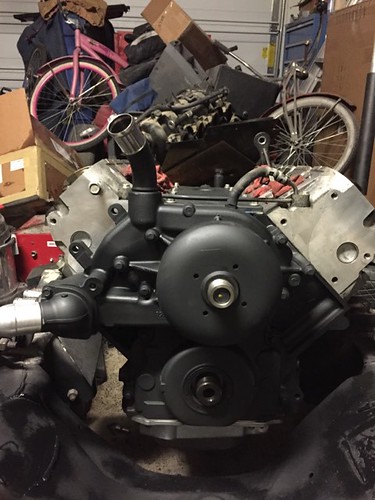 tapped the water pump for the steam line

and painted it and got it on the engine 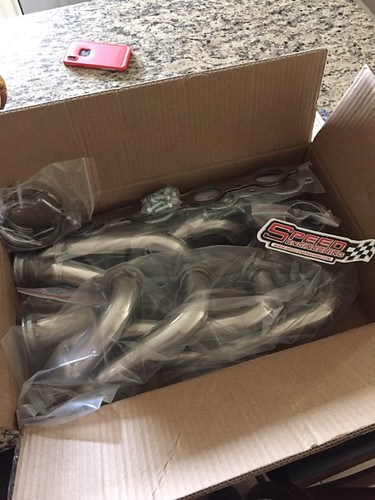 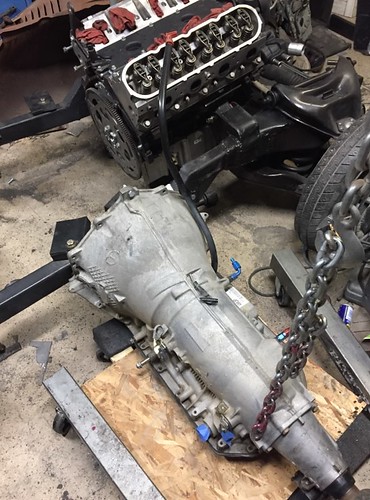 
pulled the engine this morning and finished welding up the frame motor mounts and notched the frame on the left front on the old engine crossmemeber, I had to notch it to give the p/s pump some space and be able to get the belt off from it as well

tomorrow's plans is to mount the trans to the engine 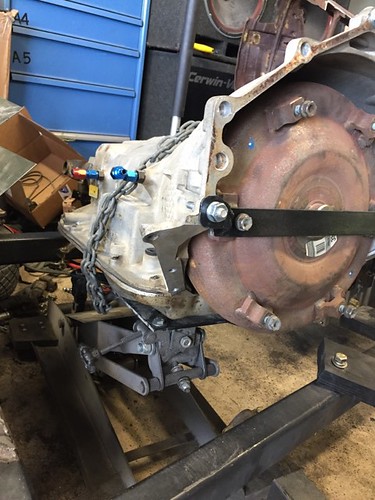 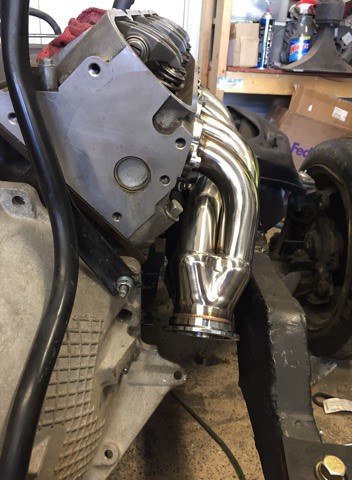 mounted up the trans and the headers today 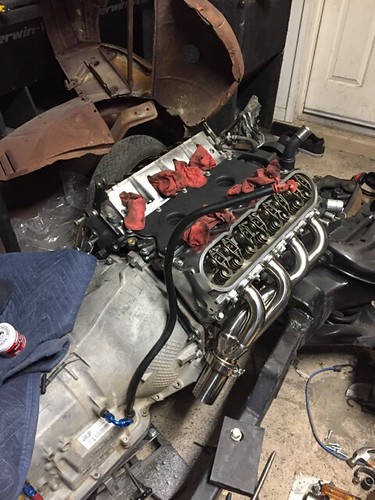 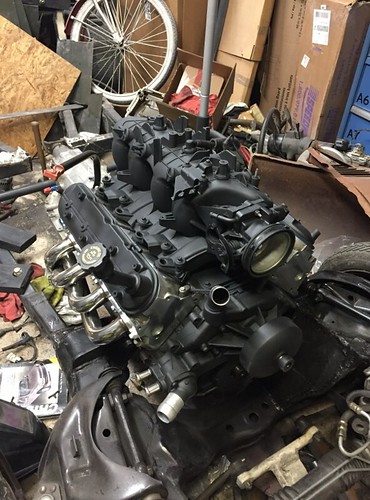 
alloy radiator will be in tomorrow, trans cooler will be in next Tuesday ( got ordered today)

I got the crank balancer pulley installed, the tool came in late last night 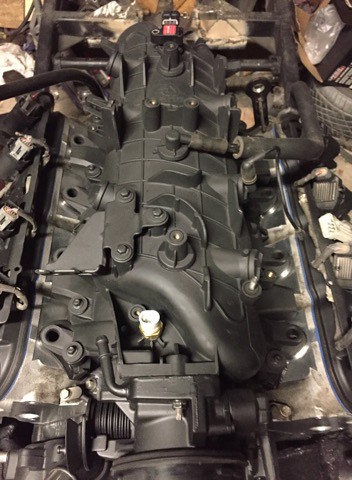 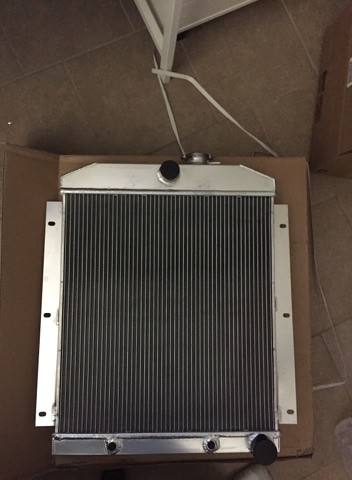 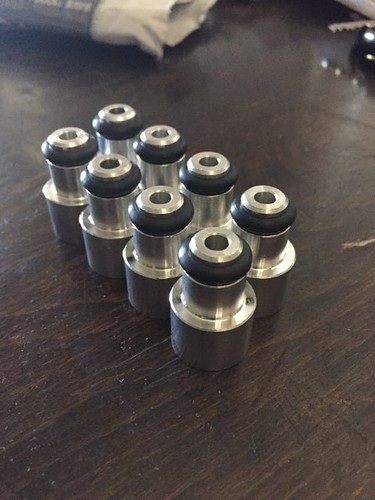 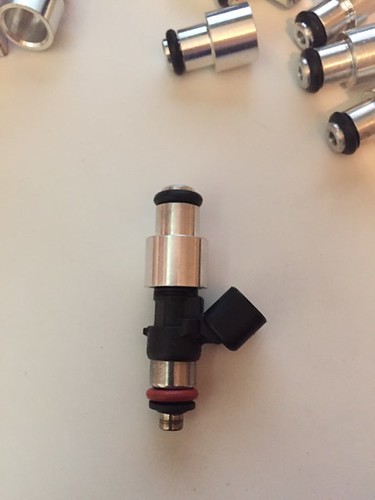